What is the mission of the conservative Cardinal, former Prefect of the Faith and ex-local bishop of Regensburg for the second time in Slovakia?

After his dismissal as Prefect of the Congregation of Faith, he was not able to perceive public for a short time. As a bishop of Regensburg he had no contacts to Eastern Europe as far as we know. He then suddenly held a lecture at the Slovak Bishops ‘ Conference a year ago, and soon he will lead one of the biggest pilgrimages in Slovakia.

Should he promote the mission of Eastern Europe, especially the Czech Republic? After his former colleague and Bishop of Regensburg Dr. Rudolf Voderholzer in Mai 2018 was not appointed to the Chair of the Primate of Bohemia, this could also be the further possibility of obtaining territorial influence on the Czech Republic, which is significant for some group inside Germany.

Meanwhile, it is quite certain that some groups in Germany will not give up to get back former german territories in Eastern Europe, they lost with the end of the Second World War.

Update (05.07.2018): For updated information you only have to read: http://www.geocities.ws/diekarpatendeutschen/ 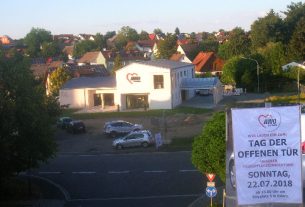